Reopening gyms would be a step towards building a better Britain In his letter, Cobbold pointed out how gyms are highly controlled environments – and therefore safer than many other indoor spaces. PureGym

Placing gyms and recreation centers at the front of the queue for the reopening would be a ‘declaration of intent’ for building a healthier and better Britain after the pandemic.

This is the point of view of Humphrey Cobbold, CEO of PureGym, who made a passionate appeal to the UK government to allow the doors of physical activity facilities to be opened as soon as possible.

Speaking today (February 18), Cobbold said gyms are highly regulated and controlled environments – compared to other indoor spaces – which means they are safer for people to visit.

â€œEven the minutes of SAGE meetings last year indicated that opening gyms would make little measurable difference to the R-rate,â€ he said.

The government is currently finalizing its “roadmap to reopening”, with an announcement of the exact details expected next week (week starting February 22).

“As our leaders meet over the next few days to review the data and discuss the post-pandemic plan, we respectfully but strongly call on them to place gyms and fitness centers early in the reopening streak,” said Cobbold.

â€œSpecifically, we call on the government to heed the wishes of the people – millions of normal people across the country – who have been denied access to gyms and fitness facilities over the past year and to grant them this right as soon as safely possible upon reopening. period.

“It would be a positive and progressive step and a declaration of intent for this government to commit to building a healthier and better Britain after the pandemic. And it is a step that can be taken based on the data of periods when gyms were open after the first lockdown which demonstrates that gyms do not pose a material risk to the infection rate.

â€œIn this most recent lockdown, current PureGym research of 7,000 gym members suggests that over 85% of members cite gym closures as having a negative effect on physical well-being and 98% report gyms are important for their mental well-being. Worryingly, these two data points suggest that people’s physical and mental health is under more pressure now than after the first ‘summer’ lockdown.

â€œA lot of people don’t have access to a safe outdoor space, especially in the winter, and home gyms and Peloton bikes are the preserve of the wealthy. At PureGym, we provide access to good quality facilities for an average price of just Â£ 20 per month – gyms are now a democratized product for many, not a privilege for the few.

“And gyms are unique in that closing them is bad for both livelihoods (more than 400,000 people are employed in the gym and fitness industry) and for the health and well-being of people. The continued support for the reopening of gymnasiums among the general population is underscored by the growing number of people who have signed or are in the process of signing petitions to this effect. (Click here to view).

â€œAt PureGym, we don’t advocate recklessness for a single moment and fully agree with the government’s cautious approach to reopening and its commitment to make it the last lockdown the country has to endure. not at all about rushing to reopen but about the sequence and order in which the company is reopened.

â€œThe government has rightly been praised for its game-changing vaccine deployment program and the benefits of this exceptional effort should not be wasted. We all have to wait patiently for the impact of this effort to be felt – agonizing though many of us find the delay.

â€œRegarding the reopening, recent media reports have suggested that outdoor venues will be given priority, but we encourage the government to take a thoughtful approach in this regard – not all indoor spaces are created equal. Gyms are highly regulated. and controlled to a greater extent than other indoor spaces and therefore, in our opinion, are safer. Protocols for the safe operation of COVID gyms and fitness centers were developed in close consultation with government experts.

â€œI have personally met the Deputy Chief Medical Officer, Professor Van-Tam, and other members of SAGE and PHE to agree. They cover all aspects, including social distancing (100 square feet per person!) , ventilation (rapid extraction and replacement of air), strictly controlled limits on the number of people in gymnasiums, and considerably tightened cleaning and hygiene requirements.

“These protocols have been rigorously applied at PureGym and throughout the industry and have survived the very proper scrutiny of hundreds of environmental health officers who regularly visited our sites across the country when we were open year round. last.

â€œThe merits of this highly controlled approach were evident in the form of very low incidence rates of COVID-19 infection when we were open last year. This data was collected and released regularly by our industry body – ukative – and was updated more recently this week, and it is clear from the government’s own data on infection parameters that gyms were relatively safe places to go. work and train.

“This has been a huge health crisis for our country and we recognize the challenges it continues to present to everyone and especially to all those in government facing painfully difficult decisions and compromises.

“However, we call on the government in its current deliberations to prioritize the opening of gymnasiums and fitness centers, as they clearly offer a net benefit to the health and well-being of millions of people and reduce the burden. of the NHS.

â€œActivity and exercise are literally a miracle drug in many ways and in 21st century Britain, gyms are the number of millions of people who choose to ‘get their fix’.

â€œAt PureGym, we are ready at our 275 locations nationwide – as are hundreds of thousands of industry colleagues – to open our doors as soon as the government allows us to do so. 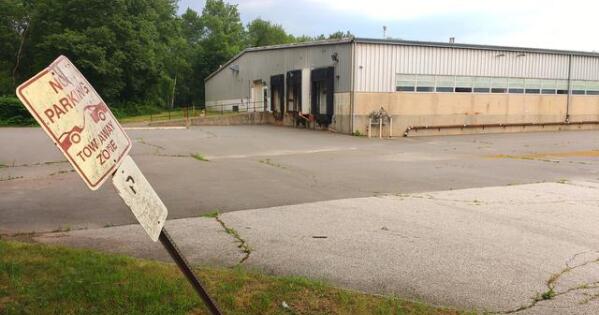 Hoping to entice Kimball Midwest, a national industrial supplier based in Ohio, to establish a warehouse in the city, officials unanimously approved a trade incentive program application recommended by the