A handful of Ohio’s top employers are offering to pay their workers’ travel expenses if they have to leave the state for abortion services, now that Ohio’s new abortion ban — effective as of sixth week of pregnancy – is in force.

Following the U.S. Supreme Court decision that overturned Roe v. Wade, memos from different companies began to surface that offered to pay travel expenses for employees who live in states that ban abortion.

Abortion rights and healthcare advocates have praised companies that offer to fill gaps in available services.

“They make sure that their employees who have reproductive health needs – which cannot be met in this state – that they can access them, not in the best of ways, but at least in some way” , said Steve. Wagner, executive director of Universal Health Care Action Network Ohio.

Wagner noted that health care and employment have been “inextricably linked” in the United States.

There is a Republican supermajority in the Ohio House and the Ohio Senate. Given this balance of power, passing bills that expand restrictions on abortion and bills that cultivate a business-friendly climate have been among the top priorities of the legislature.

“If you have a state legislature that makes it hard for employees to want to stay in Ohio and work, it makes it hard for businesses to find the people they need,” Wagner said. “If the State of Ohio continues to hurt employees by making sure there can’t be good health care that takes care of women, then why would companies want to be here?”

Mike Gonidakis, president of Ohio Right to Life, called “unfortunate” the decision by some Ohio businesses to offer to pay travel expenses for abortion services and said the court’s decision United States Supreme Court in Dobbs v. Jackson Women’s Health will have “no impact” on the economy.

“A recent survey demonstrates that shareholders of public companies want the companies they invest in to stay out of the cultural policy arena and focus on the core business mission,” Gonidakis said. 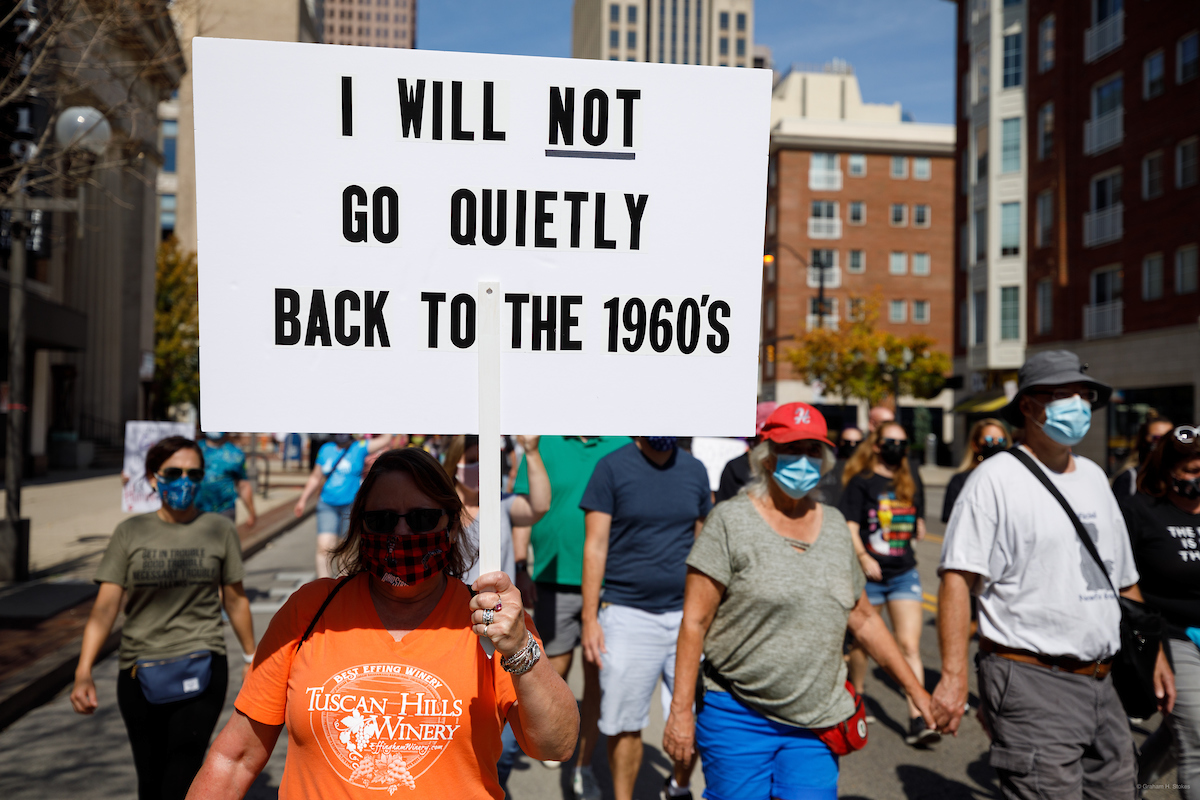 Through MichÃ¨le Gilman, University of Baltimore The Supreme Court on December 1, 2021, heard the pleadings in a case which may result in in a decision overturning Roe v. Wade.