My first steps into the world of thought leadership • The Register 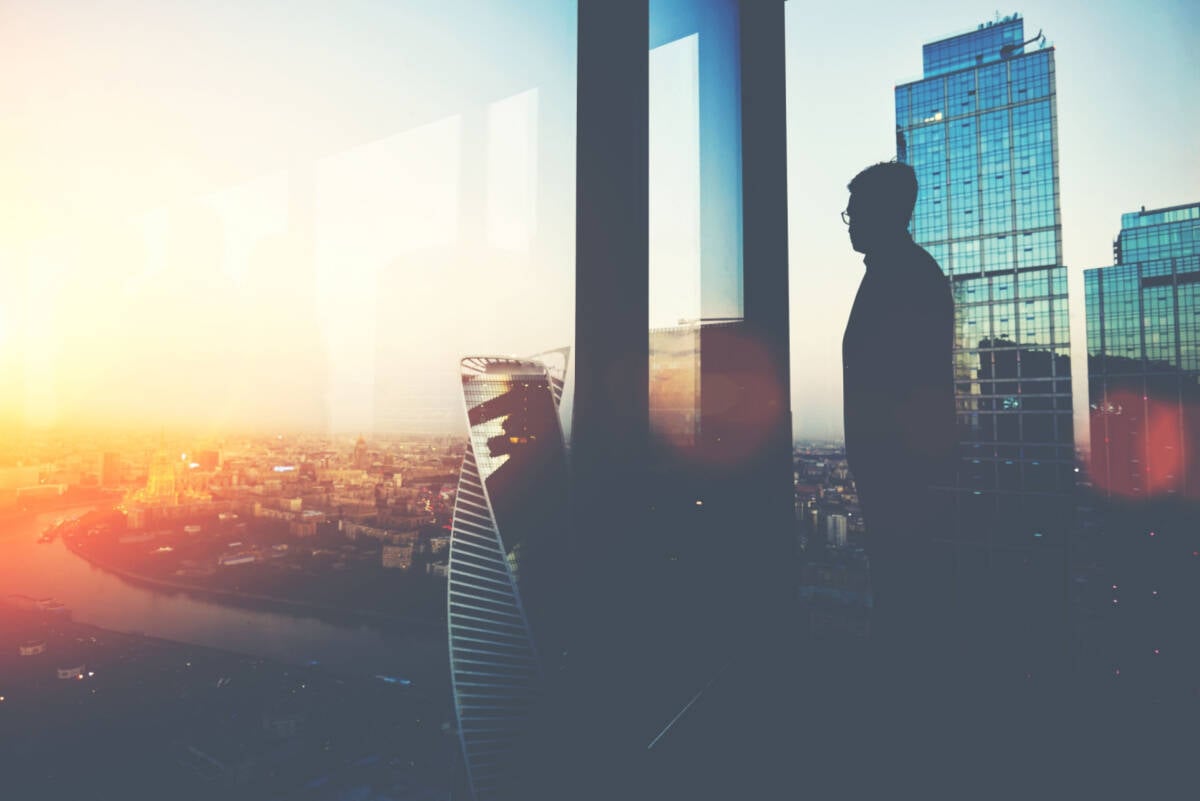 Something for the weekend “I just read your profile. Have you ever thought about becoming a real estate agent? »

It’s my fault for blindly accepting every connection request on LinkedIn. My network of professional contacts numbers in the hundreds, but I only know about ten. The rest? Honestly, I have no idea who they are. They ask to connect and I accept.

LinkedIn should consider exchanging its Accept/reject connection request options for a single Yeah whatever button.

[Record scratch] [freeze frame]: Yeah. It’s me. You are probably wondering how I could find myself in this situation…

For years, I resisted associating myself with the Norbert Spankmonkeys of social media before realizing that LinkedIn was pretty boring that way. His daily feeds got a lot more fun once I started letting the more eccentric types in.

I probably should have been a bit more selective about what industry these people worked in, but it’s too late now. Also, seeing me offered a job selling homes to the poor at inflated prices isn’t the weirdest thing offered to me through LinkedIn’s job matching algorithm.

Not a day goes by without an update dropping into my inbox recommending that I apply for one vacancy after another. Driver, hotel receptionist, electrician, the lot. The choice of professional for social media also seems alarming for me to broaden my outlook by heading into the child care industry.

A theory put forward by a colleague is that my public profile on the service could be incomplete or misleading, causing the algorithm to load in the wrong direction. So I took a look at what others see of me: 30+ years in tech journalism, a bunch of software certifications, app development, lots of IT and media training…

“Yeah, it’s exactly the kind of babysitter we need on Thursday nights!”

Pruning this profile is not an option. A recent tentative call from a potential client — via LinkedIn, by the way — asked me why I didn’t have a website. All I could say was, “It’s all there on LinkedIn. What else do you need?”

Of course, not everything is there but I have a problem. As if updating work history, resumes, and client lists weren’t tedious enough, sitting down to sum up how fantastic I am is too far a chore. You see, I’m really bad at lying.

According to a study published last month in the International Journal of Psychology and Behavior Analysisthe way to catch someone who might be lying [PDF] is to distract them with urgent secondary data – for example, asking them to recall a previously memorized fact or having them hold an awkward object with both hands. Basically, liars are gradually overwhelmed with the cognitive load of maintaining their claim while those who tell the truth don’t have to.

In theory, this means that the best bullshitometer test for a job applicant is to conduct the interview while driving an automobile. If the two of you aren’t wrapped around a tree by the end, give them the job. All I would need is someone asking me to remember a car license plate while telling about my Essential Skills, and I’d be screwed.

Another thing to learn from this study is that you should be wary of people who are good at multitasking. They are inherent liars.

My colleague – a social media manager – also pointed out that a person’s public profile is only a fraction of the dataset a platform uses to categorize you. In addition to the usual things like likes, follows, and replies, these professional platforms place great value on what you write yourself in the original posts.

I realize that is where I was wrong. I don’t write posts on LinkedIn except to link to my columns on The Reg. You see, throughout my career, I have slavishly followed Samuel Johnson’s principle: “No one but a fool ever wrote except for the money.” My colleague advises me that if I want to improve my profile, I should become a jerk like everyone else on LinkedIn.

“Oh no!” I cried, demonstratively (with the aim of animating this week’s column). “Do I need to get into a mindset that will allow me to write everyday thought-leader speeches and compose humble swagger that is tediously long and unnecessarily double-spaced…every day?”

Not at all, she explained. Just read what others are doing and note their high numbers of comments, likes and shares. No need to reinvent the wheel. Copy what they do, breathe new life into your feed, and watch your interactions pile up.

What is there to lose? It’s time to delete some posts… uh, I mean bring my feed to life before lunch. Let’s see what other people are writing this morning… Ah, here’s one: A thoughtful leadership speaker wrote 500 words about breaking her favorite coffee cup.

After recounting the heartbreaking final seconds before the disaster, she expresses her profound shock and tells the story of where she bought him and the many reasons why she loved him so much (she fails to mention his ability to contain coffee but maybe that was an unexpected bonus).

For too long, she remembers how she finally realized she had another cup in the cupboard and there is a deep metaphorical meaning here that we can all learn from. She reinvents the word “mug” as an acronym for “Magnificence, Uniqueness and Grandeur” – and she still has 230 words to go. She reminds us that everyone has these qualities (are we all mugs?) and that we should feel free to use an alternative mug if circumstances permit.

The top sheet of my stack of prints fell to the floor yesterday.

It was my fault for leaving a window open without thinking, allowing a breeze to catch a corner that had curled slightly since cooling after its long, arduous Dante-esque journey through my laser printer.

I looked at the lonely piece of paper on the floor and tears just rolled down my spine as I remembered all the wonderful times we’d had together since I printed it half an hour earlier.

What should I do?

Where would I go?

Is there someone I could talk to?

But then I realised.

I didn’t have to bend down to pick it up.

Great, there’s one in the bag. Looking for more ideas… Found one. What do you think about this?

Power brand builder wrote a post to say she’s 21 and drinks on the weekends, eats hash browns on the couch while watching Netflix, jokes with friends in the kitchen (what the hell what are they doing there?) and sleeps late every Sunday morning – and yet she is still good at her job. It reveals a principle previously known only to insider brand builders that can rock us to our core: you don’t have to work until 3 a.m.

1 percent inspiration, 99 percent plagiarism – that’s my motto. This is my version:

I eat chili nachos and fart on the couch watching rugby and can drink at least 10 pints in one sitting.

And yet, I’m still a fucking ace at my job, whatever it is, and despite HR always banging on something or the other.

Oh and everyone at work loves me.

There, I think I’ve mastered that inspirational thought leadership bullshit. I certainly feel like I’ve breathed enough life into my stream for one day. By this time next week, comments will be pouring in.

Alistair Dabbs is a freelance tech enthusiast, juggling tech journalism, training, and digital publishing. He apologizes to LinkedIn for having made it the target of these anecdotes. He thinks it would have been a better idea to invent a fake name for an imaginary social media platform, but they were all gone. More to Autosave is for Wimps and @alidabbs.

Texas Instruments on Thursday announced plans to invest $3.5 billion a year in its manufacturing of semiconductor chips in the United States through 2025, as makers face a global shortage

A county employment incentive program through the Ohio Department of Employment and Family was discussed at the Washington County committee meeting on Thursday. A note was sent to commissioners this