More jobs available than workers in Northwest Ohio, according to Ohio Means Jobs and Chamber of Commerce 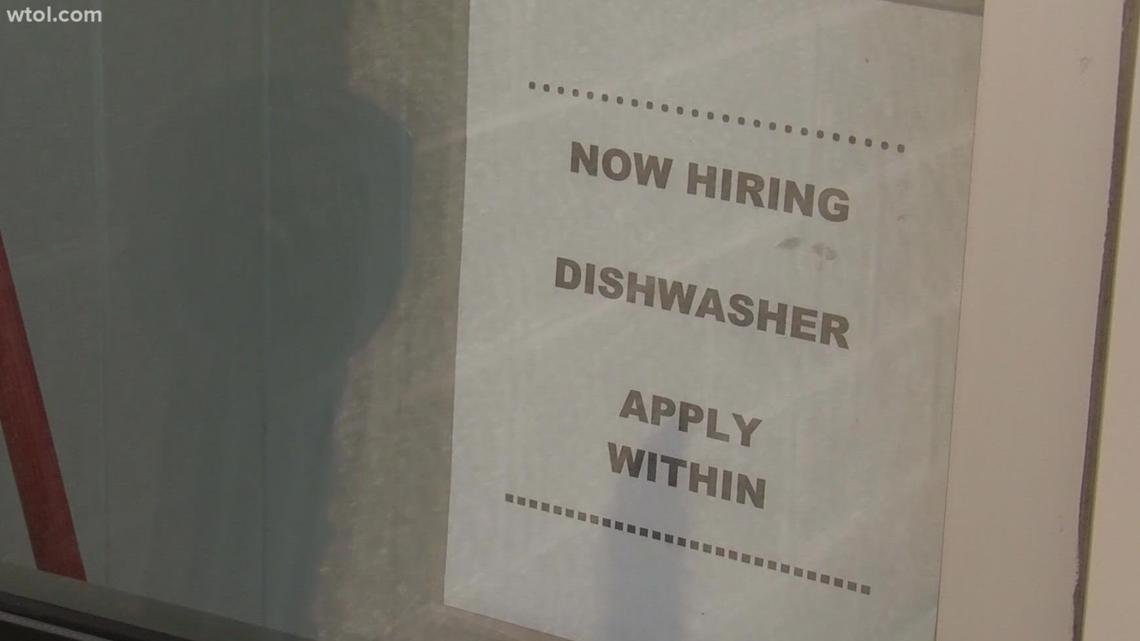 “Employers see a lot of workers applying for jobs. And in many cases, they don’t see them accepting the jobs that are offered to them. “

LUCAS COUNTY, Ohio – Now Hiring signs are everywhere and have been for months. But according to Ohio Means Jobs, workers don’t fill those positions.

Ohio Means Jobs deputy manager Michael Veh said many employers in Lucas County and the surrounding area are posting jobs; many of which offer increased wages, bonuses and incentives. He describes it as a very competitive market.

But Veh also said there are currently more jobs available than workers.

“I think part of the demand is driven by the wages are very good for a lot of these jobs and the demand is very high,” he said. “For people who had to work two or maybe three jobs to make ends meet, they can now work one.”

However, he said, that means other jobs that workers previously held are now open.

Sara Swisher of the Toledo Regional Chamber of Commerce said the current unemployment rate in Lucas County is 4.2%, which is slightly lower than the rate in Ohio.

“There are 1.5 open positions for every unemployed person,” she said. “Although there are good prospects, we know that in the Toledo region as well as in the country there is still a shortage of manpower.” She points out that healthcare, truck driving and manufacturing are the hardest hit.

Swisher said the Toledo Regional Chamber of Commerce has the highest workforce turnover rates in 20 years.

“If you don’t like what you get paid at one place, sometimes you can look across the street and they have a higher pay or a better incentive,” she said. “We are really seeing it. People are quitting their jobs and they have the highest turnover.”

“It’s a good safety net for people and it’s a good starting point for people. But until wages reach the point where people can support their families and their means livelihood, it will be difficult to get people to accept minimum wage jobs. “

While experts say our local economy is slowly improving, there is still work to be done.

July 20 (Renewables Now) – The Ohio Power Siting Board has given the green light to build two new solar farms with a combined capacity of nearly 730 MW, it

The cost of higher education has far exceeded inflation over the past 30 years. Whether it is competition between schools for students, access to student loans or other factors, there