Intel is of interest to businesses, government and residents of Licking County

NEWARK – If Intel is the topic, there will be a lot of interest. This was never more evident than when attending the Local Leaders Roundtable on Wednesday at the Moundbuilders Country Club.

The Licking County Chamber of Commerce breakfast drew 200 people, a record for local leader events. Participants parked on the grass and on the street near the country club. And, 25 others were on a waiting list and were unable to attend.

“All we have to do is add a five-letter word and we fill a room,” said Rick Platt, president and CEO of the Port Authority of Heath-Newark-Licking County,

Intel plans to build two factories, called fabs, just south of Johnstown on Jersey Township land that will be annexed to New Albany. It is the largest economic development project in the state. The factories will employ 3,000 workers with an average salary of $135,000.

Emily Smith, Intel’s director of public affairs in Ohio, said, “You’ve read national stories about what’s happening in Ohio. Well, we’re awesome, that’s what’s happening. It’s very exciting for me to say that this is Intel’s first new investment in 40 years in the US, and how cool in Ohio.

The company announced its plans at the Midland Theater in Newark on Jan. 21, a date Platt says will go down in Licking County history.

“They’ve chosen a state that can tap into a population base in Columbus, but they’ll be surprised how much comes from the East,” Platt said. “We are increasing our manufacturing workforce, which defies what some across the country are predicting.

“It’s a clarion call for parents that manufacturers have a place. It’s something we all need to take advantage of. Instead of fighting for a slice of the pie. Let’s make the cake bigger.

The May unemployment rate in Licking County tied an all-time low of 2.7%, there was a record 90,300 Licking Countians employed in May and the labor force was 92,900, just 100 less than the record set in March. There were 2,500 unemployed.

There will therefore be more jobs available here than unemployed. This may already be the situation.

“Labour has been a top concern for many employers in our county for some time, so it’s not a new topic of interest,” said Alexis Fitzsimmons, executive director of Grow Licking County.

FItzsimmons said Licking County Works, a committee within Grow Licking County, works with county partners to create and maintain an environment that fosters a pipeline of workers trained here and staying here to work in manufacturing, healthcare, l IT and logistics/distribution.

“Manufacturing has a generational history in Licking County,” Fitzsimmons said. “The breadth of manufacturing diversity in our county is what provides resilience to our economy that allows us to weather some of the toughest times better than other counties do and some other parts of our country. We want to support that.

Grow Licking County also creates workforce videos of youth who have gone through its workforce development programs, talking about the program and how it has helped them. The videos will be shown to other young people to show they don’t have to leave Licking County to find an opportunity.

Fitzsimmons said Licking County will adapt to Intel, but the adjustments aren’t as big as some might think.

“We have very few changes to make,” said Fitzsimmons. “We are very well prepared as a county to meet the training demands and the labor demands from Intel. We have those things in place right now. currently in place an excellent model.

Grow Licking County is also partnering with Licking County Commissioners and LCATS for a 10-month water and sewer study of the 14 systems operating in Licking County to determine what investments need to be made and where.

“A lot of this work happens in silos,” Roberts said. “It’s important to assess what we want as a county. We need to do some catching up. There’s so much activity going on, we thought it was important to bring those groups together. Our goal is that in 5-10 years we can all say we are proud to live in Licking County.

Intel has urged Congress to pass a $52 billion aid package called the Chips Act for the semiconductor industry, saying its plans hinge on aid.

Ted Geer, the One Columbus program manager, said the chip bill was stalled in a congressional conference committee as the Senate passed a slimmer version.

Intel announced Thursday that it has delayed the July 22 groundbreaking for the Ohio facility due to the delay in passing the chip law.

If the Chips Act is passed, the $20 billion two-plant project could become a $100 billion eight-plant investment.

When NH House Majority Leader Jason Osborne, R-Auburn, last ran for his seat in 2020, he bragged on his campaign website that he had “brought over 100 good, well-paying jobs 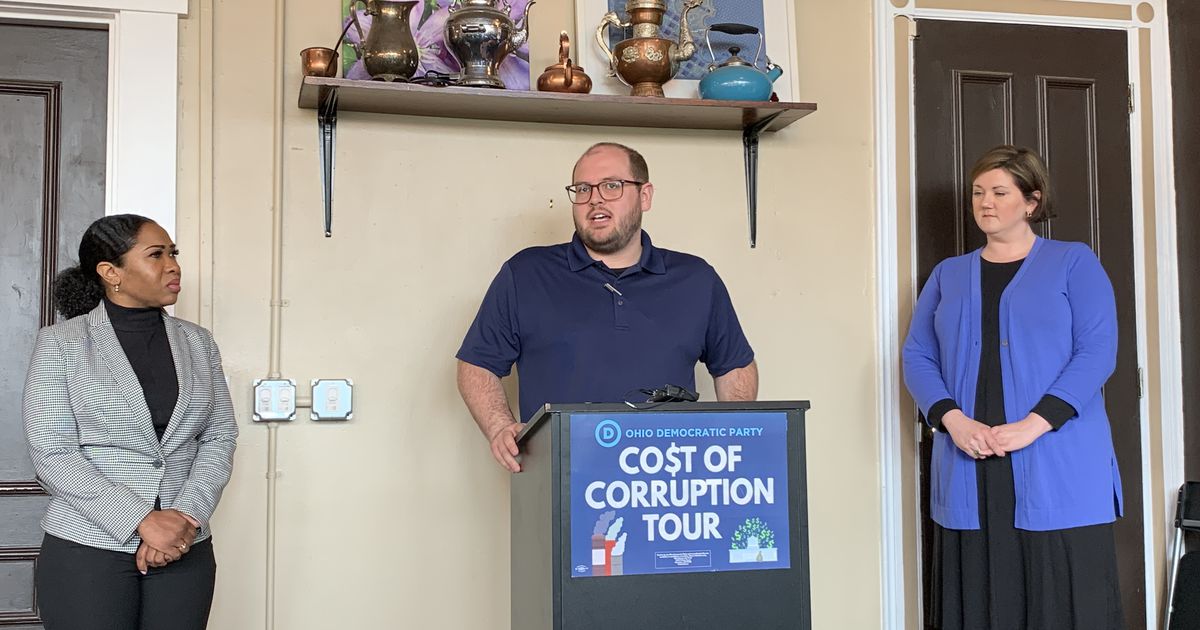