Approval for these incentives came from a recommendation from the Cabinet of Tourism, Arts and Heritage, and received approval from the Kentucky Tourism Development Finance Authority.

The information was part of Gov. Andy Beshear’s press announcement that Horse Soldier Farms plans to create more than 50 jobs with its $ 200 million project.

Horse Soldier Bourbon CEO John Koko said: â€œHorse Soldier Bourbon is delighted to begin this new phase of work with the local community of Somerset and Pulaski County. We understand both the importance of building a great team and the value of finding a place to call home. From the mountains of Afghanistan to the rolling hills of Kentucky, there is one thing we have seen time and time again: You are only as good as the company you keep.

Koko is expected to be a speaker this Saturday at Somernites Cruise as part of his commemorative program marking the 20th anniversary of the 9/11 terrorist attacks.

The announcement also comes just ahead of the 20th anniversary of the deployment of Team Horse Soldier – a group of Green Berets who were forced to use horses for transport due to the rugged terrain – to Afghanistan.

After retiring, many of this Horse Soldier team started a bourbon business. Its current distillery operates in Columbus, Ohio, but plans have been underway since 2019 to bring the operation to Pulaski County.

The company bought the old Waitsboro Hills golf course and expanded the original project from a simple distillery to a complex that is expected to include a 4,600 square foot activity center; an amphitheater with a capacity of 5,000 people; an outdoor event space with a capacity of 500 people; an adventure center; a 3,200 square foot wedding chapel; a luxury lodge with 60 keys and 20 cabins; and a trading village.

In the state’s announcement, Somerset-Pulaski Economic Development Authority (SPEDA) Chairman and CEO Chris Girdler said: â€œIt has been an absolute honor to meet these true American heroes and a privilege to call them buddies. They continue to live their legendary journey by creating an iconic and symbolic brand known around the world. We are very grateful that they have chosen Somerset and Pulaski County as their new headquarters and we welcome them to their home. “

Somerset Mayor Alan Keck said: â€œA big part of my vision for Somerset has been to change expectations of what people believe is possible. By doing this we were able to generate excitement in this community that is being built every day as we tell our story and show the world how special this community really is. I am eternally grateful to the Horse Soldier Bourbon team for embracing this excitement and choosing to marry their legendary history with ours. Somerset is home to so many iconic Kentucky experiences. I’m thrilled that bourbon is now one of them and can’t wait to share the amazing experience Horse Soldier Farms will bring to our community.

Discussing state tax incentives, Cabinet Secretary for Tourism, Arts and Heritage Mike Berry said, â€œThis administration continues to support tourism development because we understand the direct economic value that our industry has. brings to the rural and urban communities of the Commonwealth. This new project will expand one of Kentucky’s most sought-after tourism experiences to southeastern Kentucky, bringing bourbon and additional income to the Lake Cumberland region.

Governor Beshear said, â€œThe Kentucky bourbon industry continues to thrive, bringing quality jobs and tourism dollars to communities all over the Commonwealth. Today’s announcement further reinforces our commitment to making Kentucky a premier tourist destination, but also a prime location for business growth and expansion. I want to thank Horse Soldier Bourbon and the leaders of the Somerset community for being such an integral part of our continued efforts to make Kentucky a better and brighter place for the future.

Horse Soldier Farms is expected to have a private first shovelful of dirt next month. 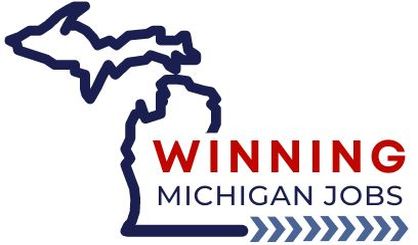 [ad_1] Cleveland, Ohio – The 22-story steel-and-concrete building in Public Square may seem historically insignificant. This is not the case with the small 8 unit apartments in the Glenville area