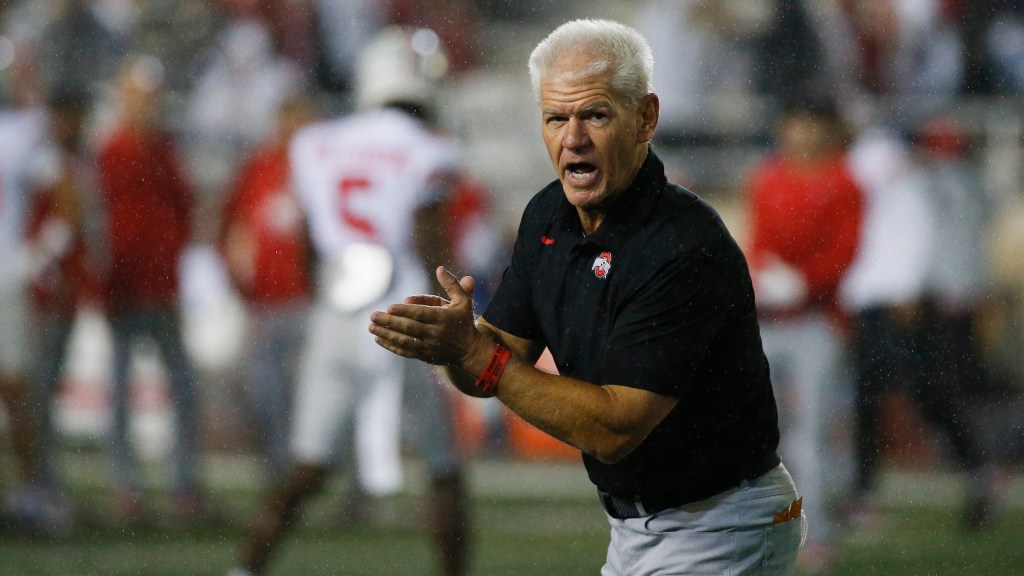 There was a flurry of practice moves last week that Ryan Day made to potentially improve Ohio State on the court. Most of that came through the defensive staff, and it meant that not everyone who had a hand in the past two years would be able to stay on the banks of the Olentangy.

One such staffer who will now move on is former defensive coordinator Kerry Coombs. He meant a lot to football at Ohio State, both as a famous high school coach and while at Ohio State. Because of that, it was undoubtedly a bittersweet moment to see a new defensive coordinator, Jim Knowles, hired to bring the Silverballs back to the form everyone was used to after two mediocre seasons.

One of the things you have to admire about Coombs is his ability to handle everything with grace and appreciation. He had some comments that were the model of what you’d want to teach young people about adversity when asked if his playcalling duties were delegated to Matt Barnes, and now he’s come out and thanked ‘Buckeye Nation’ for his time in the OSU program.

“As I prepare for the next mission of my life, I want to thank Buckeye Nation for allowing me and my family to share some truly amazing experiences,” Coombs said in a statement posted to Twitter. “I remain so grateful to the family of extraordinary young men I have had the privilege of serving, as well as the men I have worked alongside. I will look back on the shoe, the fans, the championships and above all the players with great affection, while looking forward to what God has in store for me.

Coombs then of course added several long hashtags to what he presented. We got used to that, just like we got used to what kind of person he is. Good luck to Coombs and there’s no doubt he’ll be landing on his feet soon.

Xcel Energy recognized for its climate leadership MINNEAPOLIS — Xcel Energy was inducted into the Climate Leadership Hall of Fame on Thursday for outstanding environmental progress, after winning two Climate