Buying a condo in an old South Florida skyscraper? For people who want to finance their transaction, it will be increasingly difficult to take out a loan guaranteed by Fannie Mae or Freddie Mac, the government-sponsored companies that offer mortgages to low-to-moderate income borrowers.

Reacting to the tragic collapse of the Champlain Tower South in Surfside last year, Fannie Mae and Freddie Mac, the two companies that back the majority of residential mortgages in the United States, are examining deferred maintenance issues in condos before to approve loans generated by banks and other lenders.

Typically, they won’t repay loans for condos and co-ops if their buildings have postponed major repairs, industry experts say.

Both companies have issued temporary requirements for condo and co-op projects to ensure buildings are structurally sound and the associations that govern them have the money to pay for repairs.

Legal and real estate analysts say the result is that some condo buyers across the country may need to find other sources if they want to finance their purchases. The rules could make it more difficult for some owners to sell and put more pressure on condominium inventories already tight by strong demand.

“This is definitely a more in-depth review than previously requested,” said attorney Roberto C. Blanch, a community association law specialist with Siegfried Rivera in Coral Gables. “The focus is on safety, structural soundness and building viability.”

Blanch said caution is now a byword in the lending community.

“I believe there is a ripple effect in the industry,” he said. “There is this strong sense of caution with most lenders. The total universe of available lenders has been impacted as a result of this collapse as well as the resulting surveillance.

But so far, the ripple effect on condo transactions has been minimal in the state, said Christina Pappas, the new president of Florida Realtors, an industry trade group. She said residential units in 400 buildings in Florida had been deemed ineligible by Fannie Mae for loans. Information about their locations and identities was not immediately available.

“I think at the end of the day what we see is that if the condo meets its maintenance requirements, we haven’t seen any issues,” Pappas said. “If they’re in the middle of a 40-year recertification, that’s when we come across further research from the lender.”

Bess Freedman, CEO of New York-based brokerage Brown Harris Stevens, which maintains a substantial presence in South Florida, said the requirements “could slow things down,” but she prefers the industry to favor the security.

“I’d rather have slow and sure versus fast and crash any day,” Freedman said, “I think those requirements do a really good service.”

On January 1, Fannie Mae stopped supporting loans for condominium units in buildings where major repairs have been deferred or are under the direction of a local government agency to make repairs due to unsafe conditions. Freddie Mac measures come into effect for loans settled from February 28

Neither company will authorize loans until necessary repairs have been completed and documented. Their new policies are in place until further notice.

Freddie Mac’s requirements exclude from ready-made investor acquisition eligibility for units in communities deemed to be in critical repair need, Blanch wrote in a blog post for his company’s website.

“Thereafter, properties that have already identified items requiring attention and begun their construction and restoration efforts may become ineligible until such repairs and renovations are complete,” he said.

After the Surfside collapse, questions about the structural integrity of older condominiums in Florida and elsewhere came to the forefront of public debate about the whys and wherefores of a decades-old building that could suddenly collapse. collapse.

Analysts, experts and critics have focused on deferred maintenance, the cost of major repairs and the scant attention given to red flags in inspection reports.

In its report, the panel called on state and local authorities to require condominium tower management to conduct an initial recertification inspection by an engineer between 10 and 15 years after construction and every 10 years thereafter. Currently, Miami-Dade and Broward counties require 40-year inspections. Other Florida counties have no requirements.

In Broward County, a task force spent weeks studying safety issues. Among the proposals sent to the Legislative Assembly: condos would be inspected every 30 years, with re-inspections every 10 years.

Boca Raton created an ordinance requiring safety and structural inspections for every building over 30 years old and over three stories or 50 feet. Priority for inspections will be given to buildings located near the ocean, which are most susceptible to salt water corrosion.

In an email response to questions from the South Florida Sun Sentinel, Fannie Mae suggested the Surfside disaster was emblematic of a national problem.

“While temporary requirements were put in place following the tragic collapse of the Champlain South Tower in Surfside, residential buildings with aging infrastructure and extensive deferred maintenance are a growing concern across the country,” Fannie Mae said.

“This concern is expected to increase over the next decade, as the majority of condominium and co-op residential buildings were built over 20 years ago.”

Fannie Mae and Freddie Mac drafted and released their requirements last October, but did not decide to activate them until this year.

Created years ago by Congress, Fannie Mae, the Federal National Mortgage Association, and Freddie Mac, the Federal Home Loan Mortgage Corp., are government-sponsored companies designed to support borrowers by providing liquidity to lenders. The main difference between the two is that Fannie Mae buys mortgages from large commercial banks, while Freddie Mac buys them from smaller institutions.

The burden is on the lenders

Their new requirements require banks and other lenders to collect detailed information about a building’s structural integrity, special appraisals for members of condo associations, and “reserve funding” maintained by associations for large special projects.

“Every time there’s a huge tragedy, every lender, every insurance company and whoever is at risk to these properties will tighten up their underwriting requirements,” he said.

Fannie Mae and Freddie Mac requirements apply to condominiums and co-ops with five or more attached units. Townhouses and associations of traditional single-family homes are not subject to it.

Both companies will disqualify buildings from financed unit purchases under various circumstances. They include:

• Total or partial evacuation of a building.

• Delayed repairs or damage that affect the structural integrity of a building.

• A building needs major repairs in structural or mechanical categories such as the foundation, roof, electrical system, air conditioning system or plumbing.

Companies will also exclude loans in units of buildings that have failed local inspections or failed to meet recertification requirements.

Focus on the finances of the association

Both Fannie Mae and Freddie Mac require a review of any current or planned special assessments for owners of a condominium, the financial stability of condo associations, and the existence of financial reserves, which many owners are reluctant to to pay.

They will want to know why dues have been imposed, how much they cost and when and how they must be paid.

In her statement, Fannie Mae said her focus on building the association’s finances is not new.

“Fannie Mae’s long-running project eligibility criteria are designed to support the continued viability of condo and co-op projects,” the company said. “To maintain the sustainability of homeownership, we have long required careful review of project reservations on loans granted to us, as well as disclosure of any special appraisals and review of a number other important features of the project that would impact mortgage borrowers.

Pictured is the remaining debris of the collapsed Champlain Towers South building on July 4, 2021 in Surfside, Florida. 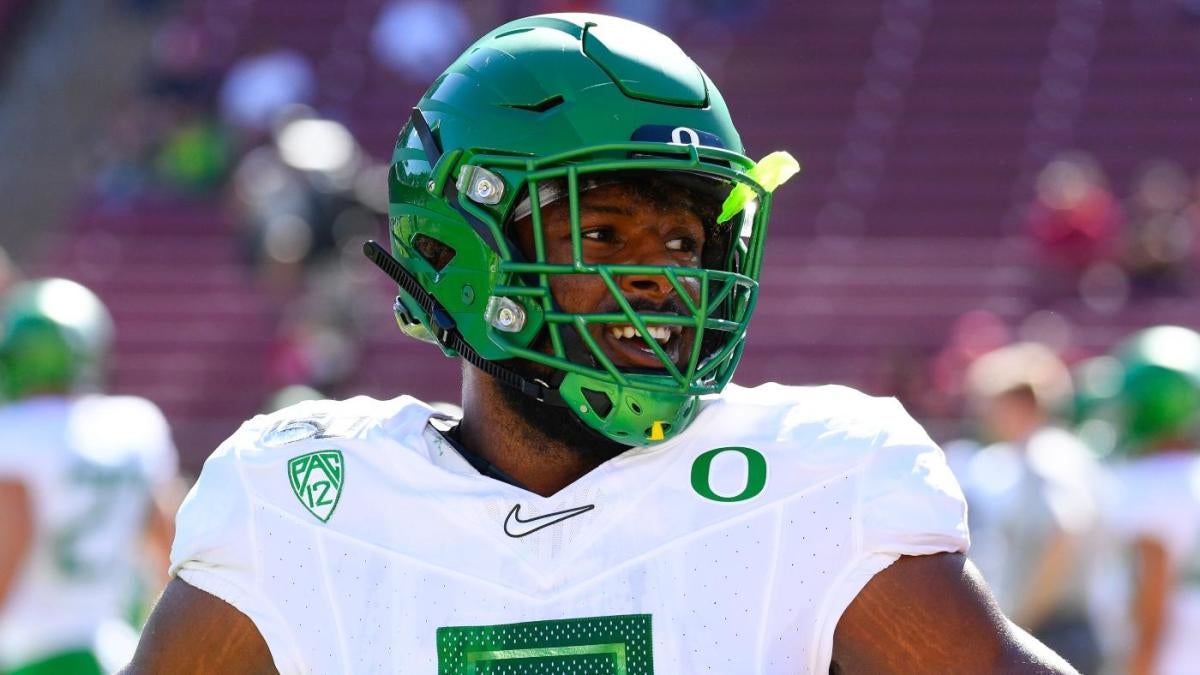 College football is about to hit its stride as the unbalanced early-season business gives way to more intra-conference games. Here are five of the weekend’s best matchups and potential 2022 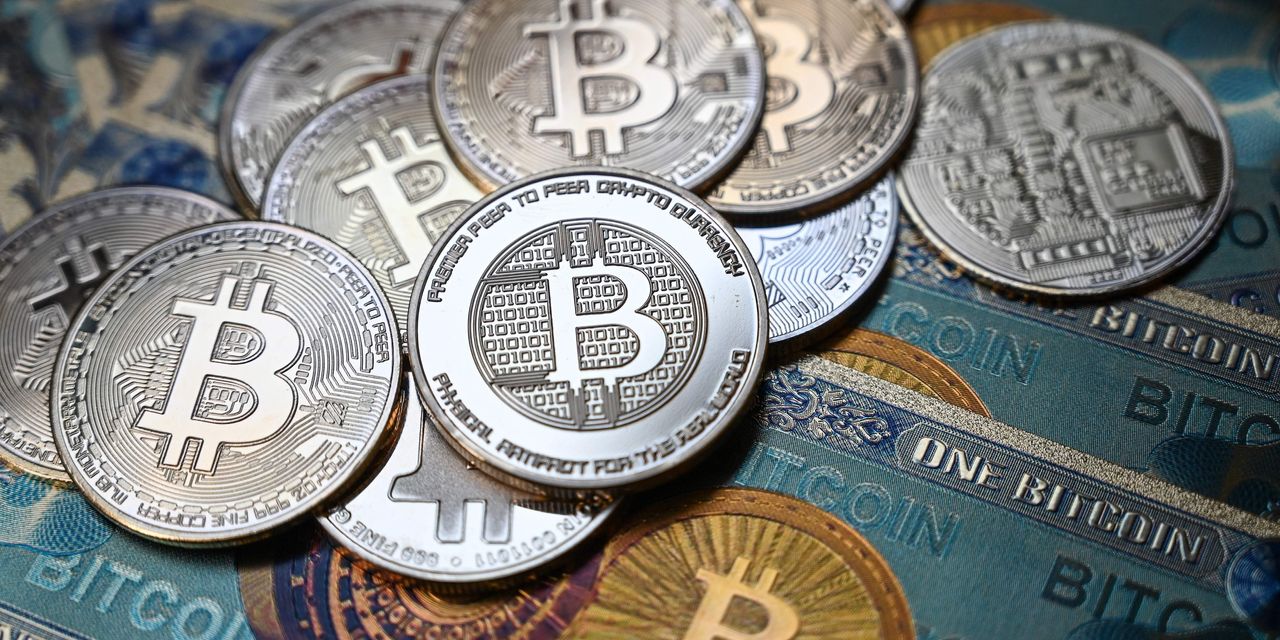 Photo: ozan kose/Agence France-Presse/Getty Images Without fanfare or debate, Congress recently determined that economically meaningful transfers of digital assets should be as rare, time-consuming, and criminally suspect as brick-of-the-money transactions.