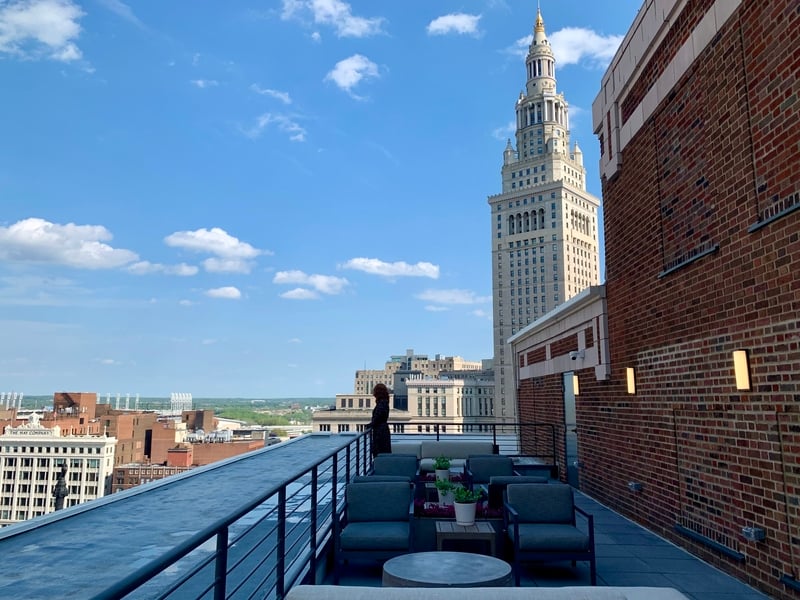 House Bill 126 has won support from groups of real estate professionals, landlords and developers, the Ohio Chamber of Commerce and the Downtown Cleveland Alliance. Proponents pointed to Ohio as an outlier, one of the few states to allow third-party involvement in assessments.

Columbus attorney Thomas Zaino, a former state tax commissioner representing an opaque group called the Coalition for Fair Property Tax Assessment, pushed for school districts to be excluded from the process entirely, according to the public records.

A version of the bill, approved by the Senate in December, did just that. But the final wording, shaped by a conference committee and signed by Gov. Mike DeWine on April 21, was more of a compromise. It preserved a role for schools, while substantially limiting their power.

“I don’t think anyone comes out of it particularly thrilled,” Kieran Jennings, a Beachwood-based tax attorney, said during a May episode of the Rust Belt Apartment Podcasta program organized by apartment brokers at the Colliers International office in Cleveland.

But Jennings thinks House Bill 126 isn’t a pure win for his clients.

During an interview, he described it as a band-aid – a solution that does not solve the biggest problem of the lack of uniformity of values, and that does nothing to rectify an unconstitutional system of school funding that has broken down. relies heavily on property taxes.

The bill also eliminated private payment agreements, agreements in which landowners and school districts agreed to behind-the-scenes settlements to avoid an assessment tussle. Those deals were legal until this week, but they have drawn fire from lawmakers on both sides of the aisle. County auditors hated the arrangements, which removed public assessments from some properties and removed non-school tax entities from the equation.

Homeowners saved about 25% to 30% by reaching such settlements, the attorneys said, while school districts received additional money.

The K&D Group, a major Willoughby-based apartment and commercial property owner, has entered into private payment arrangements from time to time, said Doug Price, CEO of the company. A vocal critic of school district prosecutors’ tactics, Price likened the deals to blackmail, though he acknowledged private settlements save money and time.

Property tax lawyers said they faced criticism from April to this week finalizing private payment deals for clients while the scheme was still legal.

House Bill 126 largely eliminates retroactive tax increases that have been a pushover for out-of-state investors. This is a big deal for buyers who, due to the way Ohio’s tax system works, have been hit with tax bills for periods before actually acquiring real estate.

The new law effectively creates a waiting window before school districts and other third parties can file a complaint. “That’s probably the cleanest and fairest part of the bill,” Jennings said. “I think it’s very, very clean, and that’s a welcome change.”

We cannot explain the whole critical theory of race in these few words, but here is a basic concept at the heart of this political and cultural brawl which is A person who turns 65 has nearly a 7 in 10 chance of needing long-term care in the future, according to the Department of Health and Human Services, and many